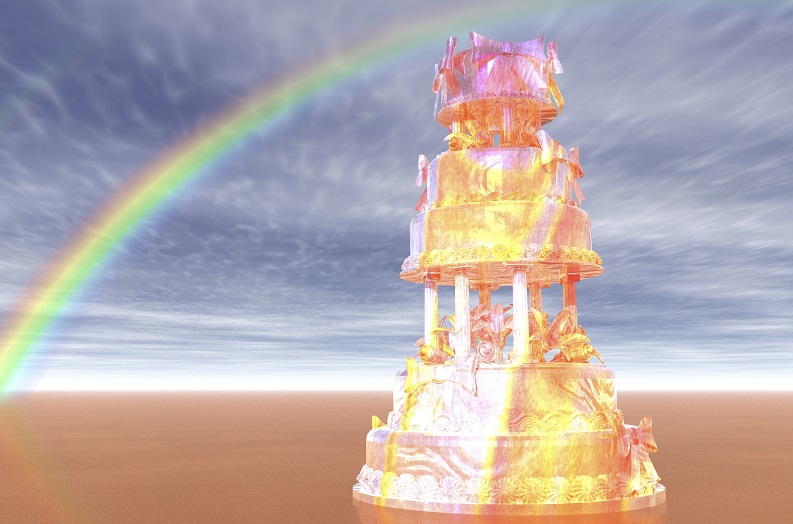 There is something about making the biggest thing, growing the biggest produce, building the best, most expensive whatever. People are always drawn to bringing attention to themselves is the most, grandest ways. This is especially true when it comes off a wedding and there are some extremely over the top way people have celebrated their nuptials with all of their guests.

Many brides want the cake to be large and ornate as to celebrate their special day that only happens once in their lives. While wedding cakes can easily be set on a table in front of the wedding party and all of their guests. Then when it comes time to cut the cake during the reception the newlyweds cut the cake and the rest of the guests are served.

However, it is safe to say that there are normal size multi tier wedding cakes and then there are the top extravagant wedding cakes that are made for the super rich and can only be measured by weight and judged by the people from the Guinness Book of World Records.

When it comes to the largest wedding cakes ever made there are actually two different categories that the wedding cakes fall into according to Guinness Book; one that was actually part of a ceremony and one that was made for display purposes only. So, for this article, we are going to discuss both of them.

The Filipino actor Dingdong Dantes and his bride to be Marian Rivera were looking for a really big cake in order to celebrate their nuptials with all of their friends. What they ended up with was a 12 foot tall,  5 tiers and weighed in at an amazing 120 kg, the massive cake easily broke the previous record for a wedding cake used in an actual wedding ceremony. The cake cost a staggering $7 million pesos

The Guinness record for wedding cake according to the Guinness Book of World Records is a staggering 15,032 pounds. This colossal cake was baked by chefs at the Mohegan Sun Hotel and Casino in Connecticut. The cake was made for the hotel’s bridal showcase in 2004 and the record still stands.

As you can see the difference between the two largest wedding cakes is quite remarkable, but the couple who wanted to have the extremely large wedding cake as part of the ceremony got exactly what they were willing to pay for. No telling the cost of the recording breaking over 6-ton behemoth of a wedding cake, but is safe to say it would have cost far more had it been part of a wedding party like the other one.