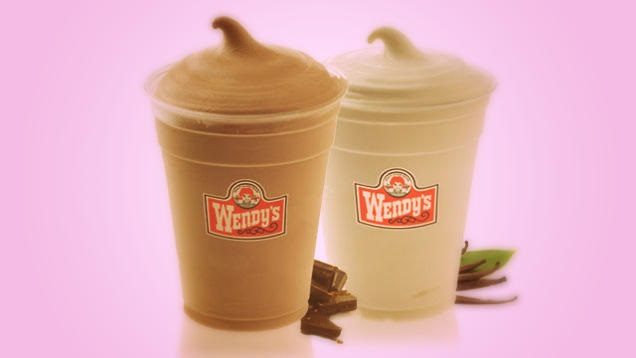 Most people remember those times when they were kids and their parents would stop and get a special treat for the whole family on a hot summer day. For those who played sports as a kid probably would remember that celebratory ride to the local ice cream place for a great tasting victory celebration.

Today, anyone can enjoy a serving of great tasting frozen goodness by visiting their local Wendy’s restaurant. They have been serving the same fantastic frozen dessert called a Frosty. It pretty much has gone unchanged since it was first introduced to public back in 1969 when the first Wendy’s open.

What is this fantastic dessert called a Frosty?

Dave Thomas was making plans to launch his burger and fries restaurant business when he realized that he needed something extra to set his menu items apart from all of the burger joints in town. So, he turned to one of the top dairymen to create a dessert for him that would help drive customers through his doors. The Frosty was born and 40 years later the combination of vanilla and chocolate of the frozen ice cream treat is still as amazing as it was that first day.

While other restaurants were tweaking recipes while looking for answers to slumping sales, the Frosty stood the test of time and in 2006, Wendy’s decided that instead of messing with such a good thing, they simply added a vanilla version of the Frosty and an alternative. So now, the people who prefer vanilla over chocolate can enjoy the amazing taste of a Wendy’s Frosty without having to compromise on their love of vanilla.

Getting a Taste of Heaven in Your Own Home

While there might subtle differences between many of fast food burger places, there is generally one thing that each one does differently that helps to set them apart in the hearts and minds of the restaurant goers. By far for Wendy’s it has to be the Frosty and while the actual secret recipe is just that, there are a number of recipes out there on the Internet and we decided to include one here.

For more than forty years people have been enjoying Frosty’s whenever they happen to visit Wendy’s for a burger and fries. Now, thanks to the Internet and some very creative people, anyone can get the same great tasting dessert without having to leave their home. This simple, easy to follow recipe makes it possible.

1 14-ounce can of sweetened condensed milk

Step #1 Measure and pour into a large mixing bowl, the chocolate milk and can of sweetened condensed milk

Step #2 Using a large whisk, stir the liquid in the bowl

Step #5 Scoop into serving cups with a straw and spoon

The recipe makes enough dessert to serve 2 to 3 people