Most Americans like ice cream, unless they are lactose intolerant, but even then, it is hard to resist. People go out to get ice cream as a treat, buy it from trucks in their neighborhoods, or they may make it at home. Ice cream comes in several varieties and flavors, including rolled ice cream.

Quick Navigation
What is Rolled Ice Cream?
Who Invented It?
Where is it Sold?
What Flavors are Available?
Nutritional Information
Make it at Home
Recipe for Ice Cream Base
Choose Your Add-ins
Cool in Freezer
Cool Implements
Roll the Ice Cream
Add Toppings

What is Rolled Ice Cream? Every few years, someone tries to reinvent ice cream with varied success. In 1904, during the St. Louis World’s Fair, an ice cream vendor, who was out of serving dishes, tried using a rolled waffle to hold the ice cream to great success. In fact, we still use waffle cones today.

In 1988, a microbiologist came up with the idea for a freeze-dried ice cream called Dippin’ Dots. He used cryogenic technology to create the treat, which was called the futuristic way to eat ice cream. It’s been sold at fairs, baseball parks, and in grocer freezers ever since then.

This newest ice cream treat is made by choosing a liquid ice cream base and add-ins like chocolate chips or as exotic as dragon fruit. It is put on an anti-griddle that freezes items to negative four degrees instead of being hot.

The add-ins are put into the freezing mix, usually by smashing them into it. As everything begins to freeze, the mixture is spread thinly on top of the anti-griddle, and the clerk uses a spatula to roll it and then put it into a cup.

Once in a cup, more toppings may be added, such as whipped cream, fruit, marshmallows, syrups, or anything else that is available. This ice cream treat comes from Thailand, and you’ll often see it called Thai stir-fried ice cream. The Asian continent is not new to frozen desserts as mentions of them have been found in 1,000-year-old Japanese literature.

This ice cream treat comes from Thailand, and you’ll often see it called Thai stir-fried ice cream. The Asian continent is not new to frozen desserts as mentions of them have been found in 1,000-year-old Japanese literature.

While it is also sold by street vendors in the United States, the ice cream rolls can also be found in traditional ice cream shops, including many of them that sell it exclusively. While there isn’t a large corporation selling the ice cream, many franchises are beginning to appear across the country.

Where is it Sold? 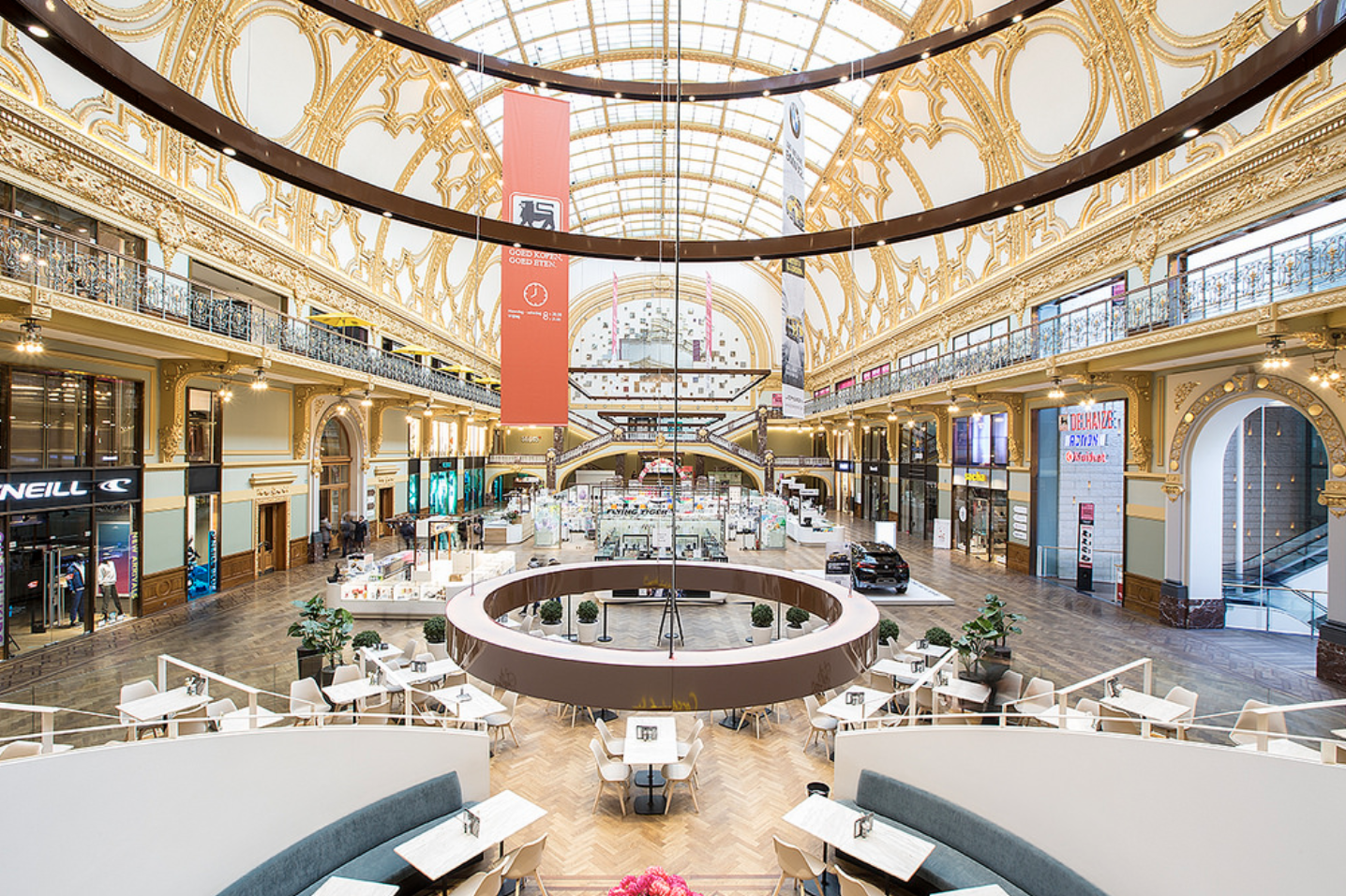 Rolled ice cream can be found in many places throughout the United States. You might find it in shopping malls, state fairs, or some ice cream shops that specialize in it. Most of the shops are locally owned businesses in many cities, but some franchises are popping up.

One company, Freezing Moos, has franchises currently in the Kansas City Kansas and Missouri areas, while 8 Below Ice Cream has locations in Ohio, Kansas, and Virginia. These companies are a growing trend as people often wait for up to two hours in line for the treat in large cities like Philadelphia.

However, you will not find it in your supermarket frozen foods aisle. The ice cream is made-to-order, so it is the freshest ice cream, along with homemade, that you will taste. When you go to a store for some, you pick the add-ins that you want, and they make the treat in front of you.

If you want to try Thai stir-fried ice cream, you'll need to find a store close to where you live or where you're visiting to try it. Of course, you may have to wait in line for a while as its popularity is increasing in many cities.

What Flavors are Available? 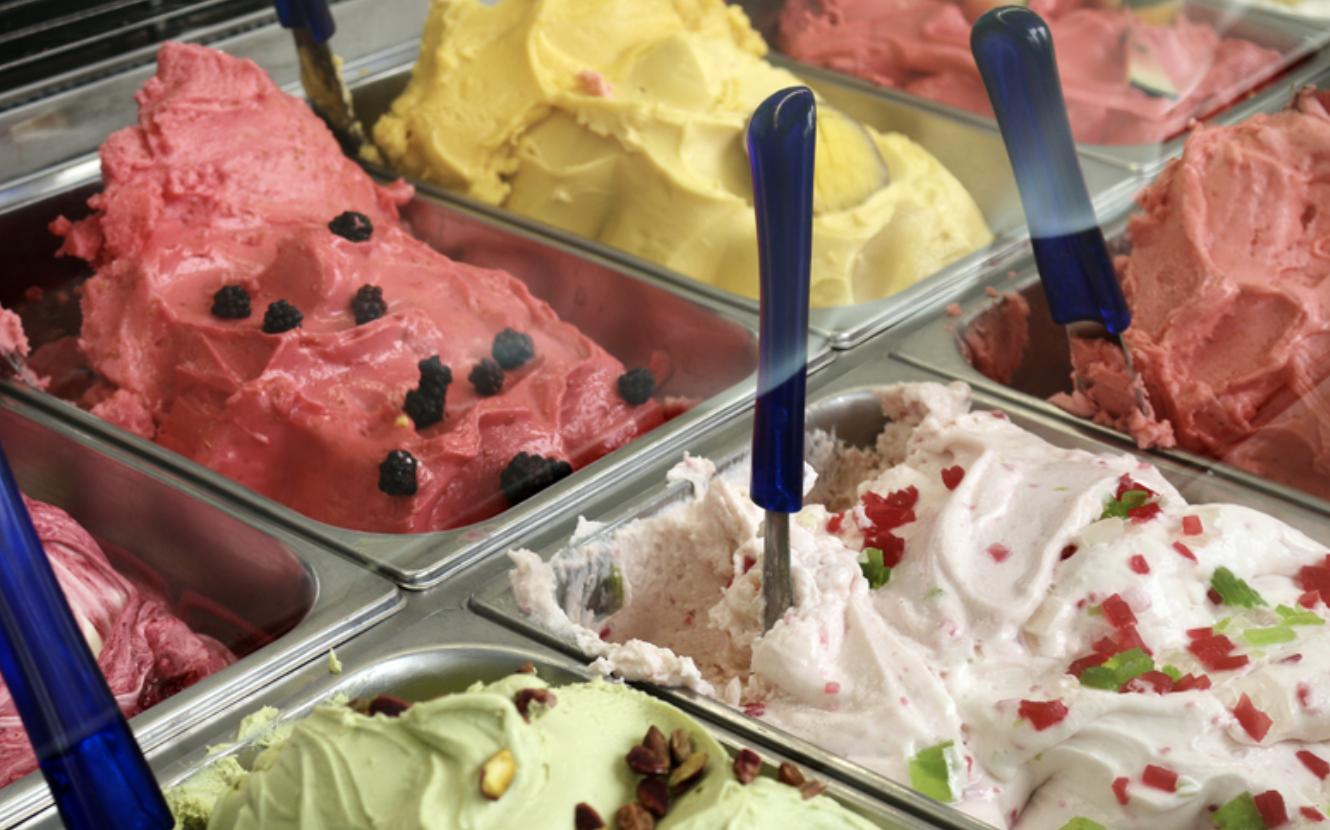 One thing that makes this type of ice cream so popular is the ability to make almost any flavor. Cookies, candies, fruit, nuts, and other add-ins can be chosen to go into the ice cream base on the anti-griddle. In Southeast Asia, some of the exotic add-ins include:

Along with exotic flavors, you will also find strawberry cheesecake, cookies and cream, and birthday cake flavor. No matter which one you like, you can put it in or on top of rolled ice cream.

Among popular flavors like vanilla and chocolate, people may request sprinkles, chocolate chips, bananas, strawberries, kids’ cereals like Fruity Peebles, cayenne peppers, and almost anything else you can imagine. If you can think of it, you can put it into the ice cream.

If you are lactose intolerant, you may be able to try this exotic ice cream treat. Many stores sell both dairy and lactose-free versions. Lactose-free isn’t necessarily the same as dairy-free, as most lactose-free ice creams contain casein and whey. 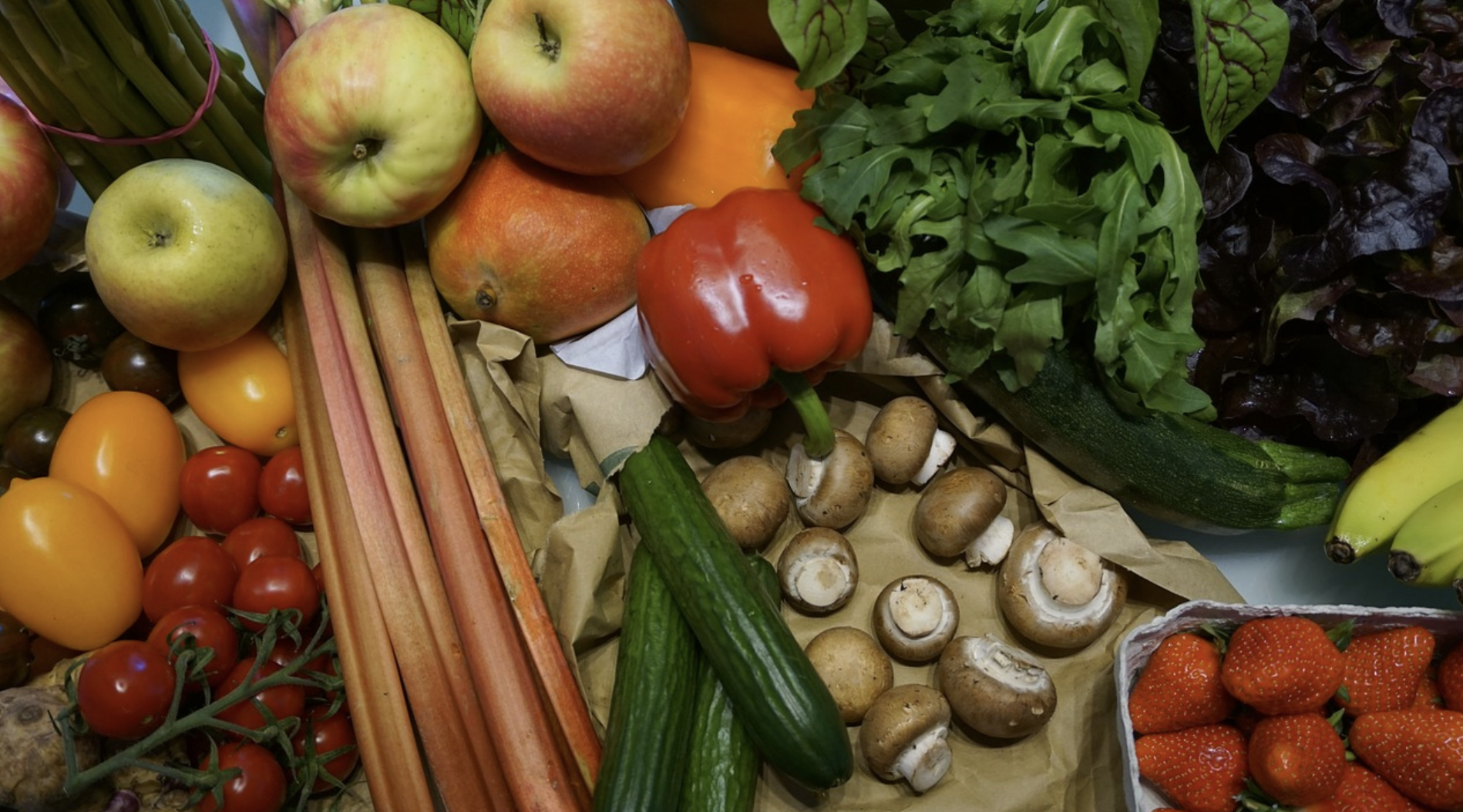 If you’re curious about how many calories are in this type of ice cream, here are some answers for you. Even though it is presented in thin rolls, the add-ins will influence the number of calories in a serving. For instance, a cup of ice cream with fruit add-ins will contain fewer calories than one with Snicker bars or cake chocolate.

According to eatthismuch.com, traditional vanilla or chocolate ice cream roll has approximately 180.3 calories in it. Keep in mind, this is only one, and a serving usually contains four to five of them in a cup. The calories from this example are:

These totals are only for the ice cream, and this doesn't include add-ins or toppings so that you can add more calories for each item. The thin ice cream rolls don’t mean the ice cream is better for you. In fact, it may be worse due to the add-ins and toppings unless you're adding in calorie-conscious items like fruit.

Make it at Home 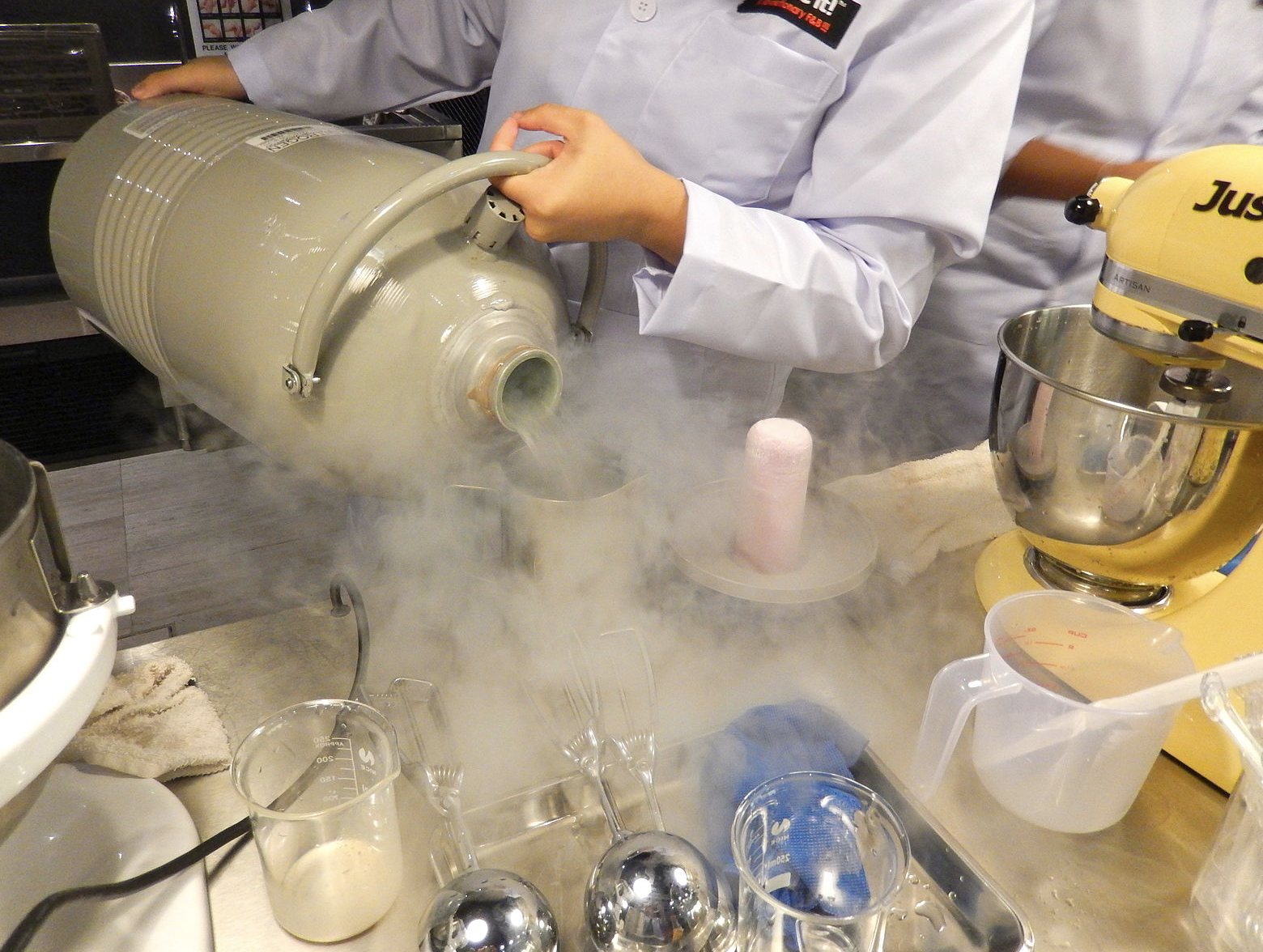 If you want to try Thai stir-fried ice cream, but there isn't a shop in your community, you can make your own at home. You won’t need an expensive anti-griddle, but you will need to make an ice cream base and choose the add-ins and toppings that you want.

Recipe for Ice Cream Base A plain ice cream base will consist of:

Combine these ingredients in a bowl and then pour them into a nine-inch heavy metal skillet. Put the skillet on top of the stove on high heat and stir it with a rubber spatula. Continue stirring the mixture, so the sugar dissolves and doesn't burn on the bottom of the skillet.

Bring it to a boil and remove it from the heat. Let it cool until it is room temperature. Once it is cool, put your add-ins into the mixture, any kind that you want. You can put in cereal, graham crackers, cookies, fruit, or be brave and try pizza flavor. The best way to combine items into the mixture is with metal spatulas or new paint scrapers. Paint scrapers have thin blades that are great for making the Thai ice cream treat. 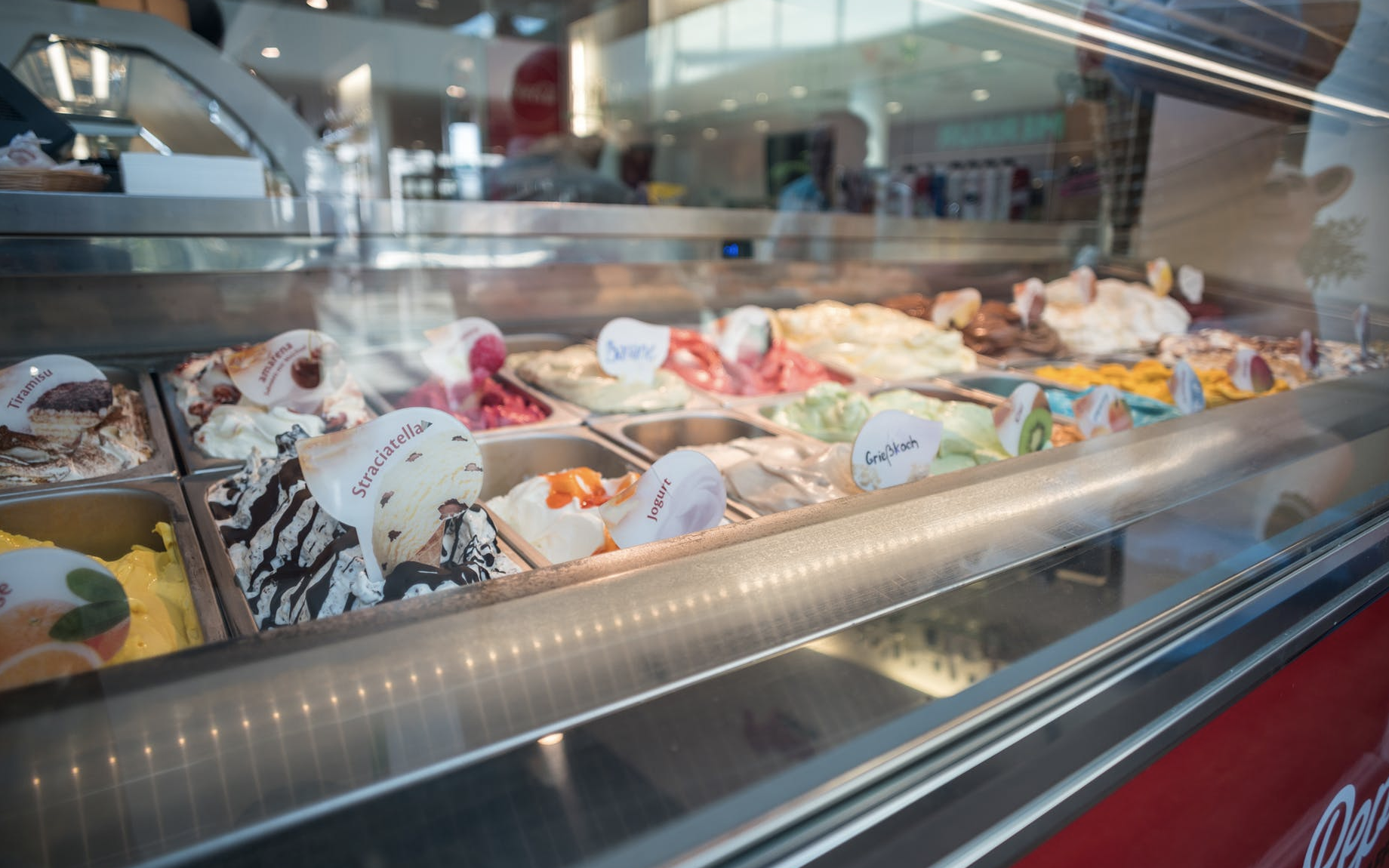 The next step to making the ice cream is to place the skillet in a freezer for four hours once you’re done combining the add-ins with the ice cream base. It may take some patience to wait to make the ice cream rolls, but the mix needs to be frozen solid for it to work. Another important step to keeping the ice cream cold is to place the serving bowl and scrappers into the freezer. They only need to be in there about 15 minutes, but you can keep them in longer to ensure they are nice and cold when you serve the treat. This step needs to be quick to keep the ice cream from melting once the skillet is sat on the kitchen counter. Take a scraper and place it at an angle, then push it carefully through the ice cream. If it doesn’t form a roll, use a butter knife to push the ice cream into a roll form and continue scraping it. Once you have ice cream rolls, add them to your frozen serving dish and add the toppings of your choice to them.

Making the treat can be a fun project for you and your friends, or if you have kids, it can be a fun and tasty way to spend a rainy Saturday or Sunday at home. Since it does require some patience, consider making the base and freezing it before surprising them with the project. Your children can then choose the toppings they want to put on the rolls and enjoy their treats.

If you like ice cream, then you need to try the rolled ice cream. While it feels harder when you try to spoon it, many people claim it tastes creamier than regular ice cream as it melts in their mouths. Whether you buy it in an ice cream shop or make your own, you will grow to love the made-to-order ice cream rolls.