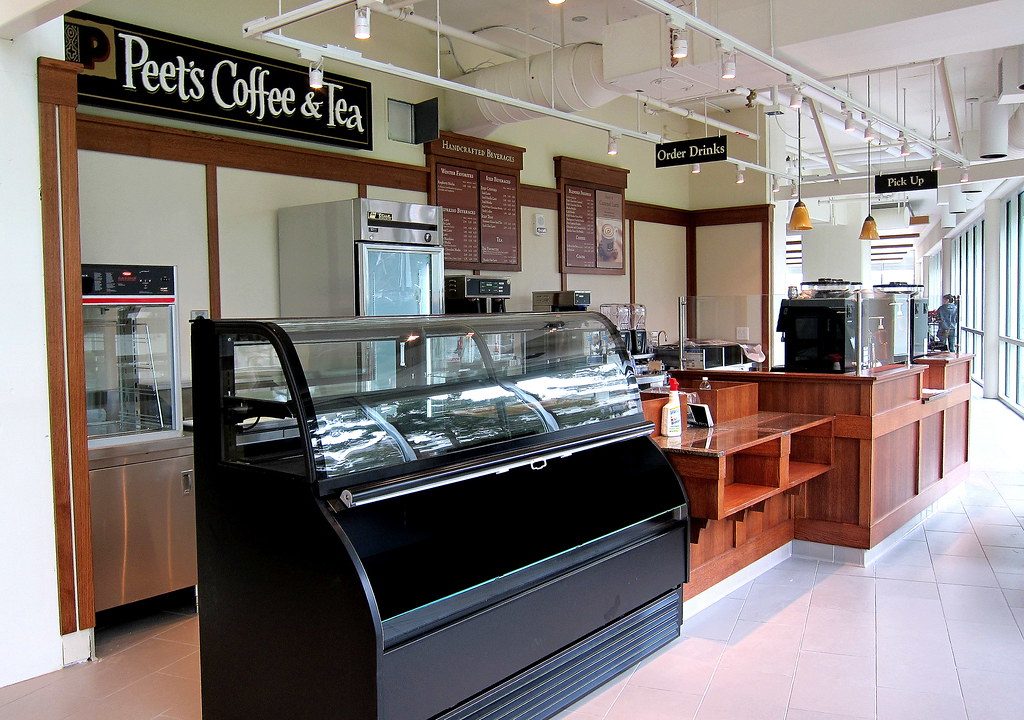 If you are looking for a delicious cup of coffee in a comfortable setting, look no further than your neighborhood Peet’s Coffee. Understanding not only the history of this iconic brand but also the wide variety of options they offer to both eat and drink will help you enjoy your experience there even more.

Alfred Peet, the founder of Peet’s Coffee, was born in the Netherlands in 1920. His father owned and operated a coffee wholesale company, so he grew up in the coffee trade. He moved to London to work for a coffee and tea company 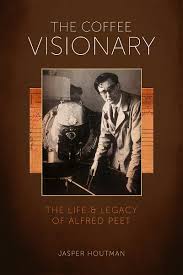 when he was 18. In 1955, Alfred moved to San Francisco where he worked for a coffee and tea importer. While in the U.S., he experienced the poor-quality coffee being served and decided to do something about it.

In 1966, Alfred Peet opened his first coffee bar in Berkeley, California. Originally he only sold coffee beans that he hand-roasted in small batches. Alfred is credited with introducing fresh, darkly roasted beans to America. Some even give him credit for creating the style of coffee we drink today.

From Alfred’s four initial stores in the Bay Area, Peet’s Coffee has grown to over 240 coffee bars in California, the Pacific Northwest, Colorado, Illinois, the D.C. Area and Massachusetts.

The Principles of Peet’s Coffee

Peet’s Coffee is dedicated to creating the perfect cup of coffee. In order to do so, they follow a four-step process.

Peet’s Coffee uses only the finest beans, sourced from across the globe. They inspect every bean for quality to ensure they are only roasting the best. Being so particular ensures that every cup of coffee meets their standards.

The company only works with farmers they have a direct relationship with, going as far to visit their farms in person. They review the social, environmental and economic conditions on farms before ever doing business together.

Peet’s Coffee’s master roasters don’t use computers to roast their beans; instead they rely on their five senses to get the results they are after. The roasters can fine-tune the nuances of each blend they roast to make every cup of coffee an experience.

All of Peet’s Coffee’s beans are roasted to order. This means the coffee you drink at home will have the fullest, richest flavor.

Every drink ordered at a Peet’s Coffee is masterfully handcrafted. The drip coffee is made fresh every 30 minutes to ensure each cup is as flavorful as possible. As they say at Peet’s Coffee: “A fresh cup is the best cup.”

Peet’s Coffee has a large and impressive menu full of coffees, teas and food items.

Peet’s Espresso Forte is the foundation of their signature espresso beverages. While you can always order a no-frills espresso, which has notes of hazelnut, caramel and citrus zest, or an Americano, which is an espresso and hot water, there are also many inventive drinks worth trying.

This is the largest category of espresso beverages offered at Peet’s Coffee. A Caffe Latte contains steamed milk and silky foam that are combined 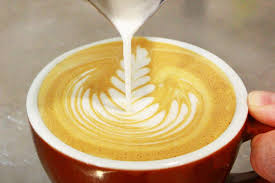 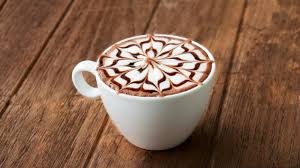 steamed milk and tops the whole thing with whipped cream. A White Chocolate Mocha replaces the milk chocolate with white.

This category of drinks involves a hand-pulled short shot called a ristretto and silky steamed milk. The most popular Macchiato is a Caramel Macchiato, which 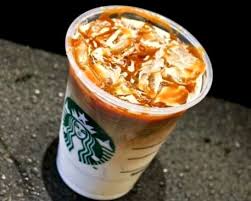 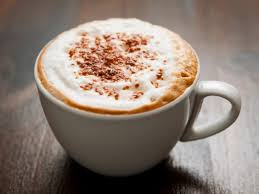 If you want something simple yet decadent, why not try the Caffe Con Panna? Freshly whipped cream tops a hand-pulled Espresso Forte. 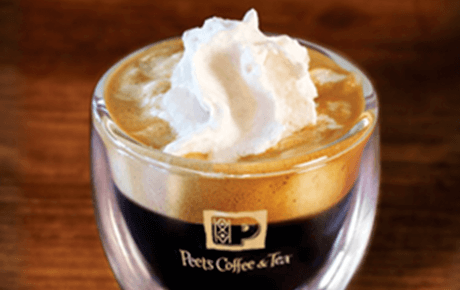 Peet’s Coffee offers a different selection of brewed coffee every day. They brew a new batch fresh every 30 minutes. In addition to the Coffee of The Day, you can also order a Café au Lait, either hot or iced. This drink pairs a fresh cup of coffee with steamed milk and foam. 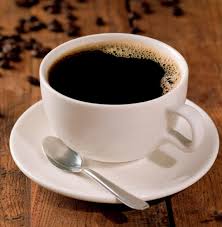 If you are looking for a twist on traditional brewed coffee, you should try a cold brew. Cold brewed coffee is bold, smooth and never bitter. Peet’s Coffee uses carefully selected Baridi 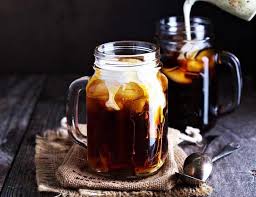 Coffee is not the only beverage served at Peet’s Coffee; there are just as many varieties of tea to choose from. 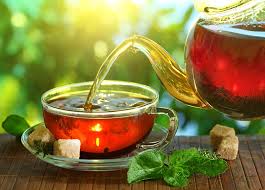 The Wildberry Hibiscus Tea Fog is an herbal tea infused with berry flavors. The Honey Black Tea Fog is a full flavor black tea with a hint of sweet honey and

If you are looking for a spin on a classic tea, a latte is for you. The Pumpkin Chai Latte is a seasonal favorite that takes rich pumpkin, spiced chai and baking spices to create a standout drink. A Chai Latte combines steamed milk with Peet’s Coffee’s own blend of teas and spices. Matcha green tea and steamed milk come together to form a Matcha 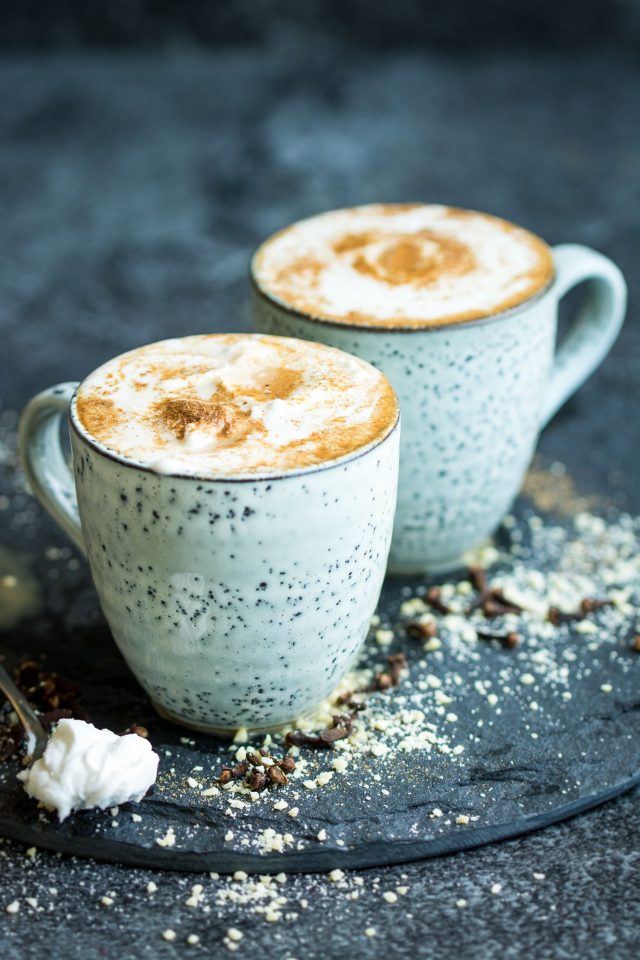 Frozen and non-coffee beverages are also available at Peet’s Coffee.

Looking for a more decadent drink that is perfect for a warm day? The Javiva line of drinks blend coffee, milk and ice to create a think treat. The Mocha Javiva whips double-strength Baridi cold brew and Peet’s Coffee’s house-made chocolate sauce with milk and ice. This drink is topped with whipped cream. The Caramel Javiva swaps out the chocolate for caramel. And the Chocolate & Caramel Swirl Javiva uses both.

In the mood for just coffee? The Coffee Javiva is just that – double-strength Baridi Blend cold brew and whipped cream. A double shot of espresso can be used instead of the coffee to make an Espresso Javiva.

If you want a Javiva without the coffee, you can try one of the tea-based options. The Matcha Green Tea Javiva whips matcha green tea and milk together. The Chai Javiva uses Peet’s Coffee’s signature chai and the Earl Grey Javiva uses Mighty Leaf Earl Grey.

Peet’s Coffee’s house-made dark chocolate sauce is combined with steamed milk and topped with whipped cream to create their signature Hot Chocolate. When Madagascar vanilla syrup is added to freshly steamed milk, it creates a Steamed Milk with Vanilla.

Last but not least on the Peet’s Coffee menu is the food. The vegetarian options include their Egg & Cheddar, which is a home-style fried egg and aged cheddar on sprouted 7-grain toast, a Crustless Tomato and Quinoa Quiche and Simply Oatmeal.

For the meat eaters, they sell the Bacon & Cheddar Brioche, which contains smoky bacon, aged cheddar and a home-style egg on a brioche bun. They also sell chicken chorizo, a blend of shredded cheddar and jack cheeses and scrambled egg on crispy lavash known as the Chicken Chorizo Flatbread Peet’s selection of Artisan Baked Goods are all freshly baked by local artisans. Their Grab and Go selection includes fresh and ready-to-go treats; these are only available at select coffee bars.

With a menu this long, price can be a factor when trying to choose which drink to purchase.

This group varies in price, depending on how complicated the drink is. A single espresso shot costs only $2 while a large Caramel Macchiato costs almost $5. That being said, there are many middle of the road drinks that cost only $3. These include a Cappuccino, Americano or a Caffe Latte.

A small Coffee of The Day starts at only $2 while a large Café au Lait can go up to about $3.

A cold brew starts at a little less than $3 and can go up to almost $5.

An iced tea is one of the cheapest things on the menu at just under $2. The most expensive item on the tea menu is the Chai Latte at almost $5.

The blended drinks are some of the most expensive. A small starts at $4 and the large is $5.

Muffins and scones cost about $3 while a breakfast sandwich is around $5.

If you are looking for a neighborhood feeling in a successful chain, Peet’s Coffee is for you. They have a wide selection of brewed coffees, espresso drinks, teas, blended drinks and food to fit the pickiest consumer. The prices are reasonable and slightly cheaper than other coffee chains.