Drake’s Cakes has been a household name for more than a hundred years. Established in 1896 by Newman E. Drake in Harlem, New York, it became first known as The N.E. Drake Baking Company.

A Brief History of Drake’s Cakes 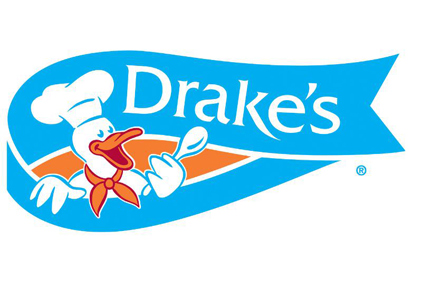 Drake’s Cakes first became popular because of its pound cake recipe. While traveling in England for business, Drake came across some fine cakes that were being sold in grocery stores. This inspired him to bring the concept to the United States.

Drake’s first bakery opened in 36-38 West 135th Street in Harlem. Later on, Drake would open several other store locations in Brooklyn. It was here where Drake’s mouth-watering pound cakes were sold by the slice or by the pound.

By 1900, Drake’s layer cakes with chocolate or vanilla icing were selling at 18 cents a pound. His pound cakes became “celebrated” and would later include his famous macaroons.

Drake’s dedication and hard work in bringing this innovative way of selling cakes to America eventually paid off. In 1905, Drake’s cake business opened a bakery in Roxbury, Boston on 83-85 Savin Street.

In May 1913, Drake was able to build a five-story bakery on Clinton Avenue in Brooklyn. The top floor was built for the ovens; mixing was done on the fourth floor, packing on the third floor, and packing and shipping on the ground floor. The second floor was used for the company’s offices.

The building also contained a facility to wash and clean white uniforms  — including a rooftop garden to serve as a break area for employees.

Drake’s commitment to efficient delivery operations also brought about a three-ton truck to his small fleet. In 1914, it was featured in a trucking publication for being able to operate non-stop for 14 months.

Drake has since expanded his baked goods to include Drake’s Coffee Cakes, Devil Dogs, Ring Dings, Yodels, and Yankee Doodles. Drake’s Cakes is currently operated by McKee Foods — a family-owned American manufacturer of snack foods with its headquarters in Collegedale, Tennessee.

What Are Drake’s Cakes? 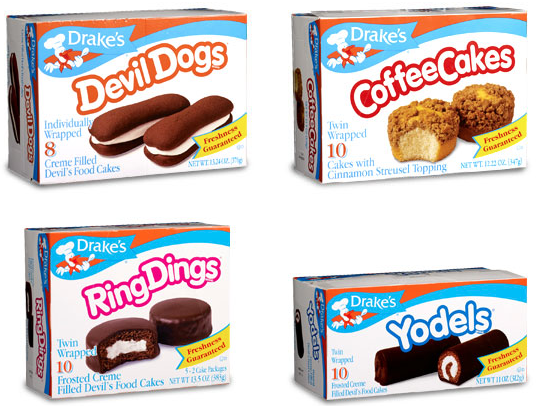 The original Drake’s Cakes sold large cakes which were cut to order by grocers. To prevent substitution by retailers, Drake devised paper pan liners perforated with his brand to ensure that only genuine Drake’s Cakes were bought by customers. Drake was most certainly concerned and involved with the Drake’s Cakes brand and quality to have gone through such great lengths.

Drake was also recognized for his advertising and branding efforts. He made good use of the Drake trademark on his trucks and ads, and just about “everything that leaves his bakery.”

Because of his passion for cakes, Drake’s Cakes became well-known for bringing iconic baked products to the American market. It’s not just about making cakes — it was also about knowing how to advertise the Drake brand effectively.

In 1926, Drake’s Devil Dogs were introduced  — a heavenly pair of devil’s food cakes with creme filling which quickly became an American favorite.

After Drake’s passing in 1930, another bestseller was born — Drake’s Coffee Cakes are “crusty and spicy like grandma made.”

Is There a Need for Drake’s Cakes?

Being around for more than 120 years, Drake’s Cakes are definitely here to stay. It’s both an American tradition and a cultural heritage in so many ways.

After being discontinued for a short time, Drake’s Coffee Cakes made a comeback in late June of this year. Drake’s Cakes are available for purchase in the East Coast but are also sold online with special shipping requirements.

Drake’s Cakes continue to be well-received by Americans — just like burgers, hot dogs, and other celebrated American food fares.

Here are some of Drake’s Cakes sweet offerings and their corresponding prices. 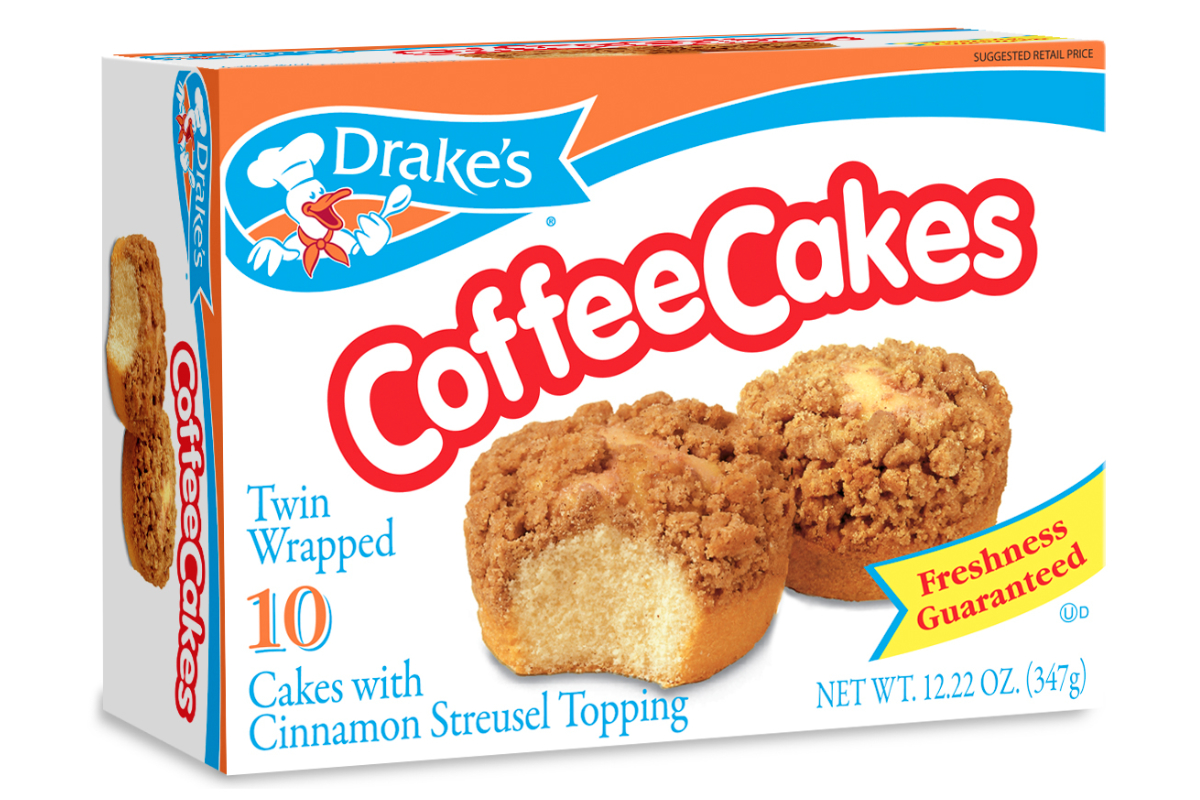 These coffee cakes are moist and topped with natural cinnamon streusel — a must at every breakfast table! They pair well with your morning coffee or you can have one in the afternoon as a snack! It will surely remind you of grandma’s coffee cake recipe.

Each box comes with 10 of these sweet, sumptuous, and cinnamony treats.

What can be sweeter than a Drake’s Honey Bun? These large-sized frosted honey buns will surely perk up your mornings! You can also have one for dessert or as an after-school treat for the kids. One bite of this soft, glazed and gooey cinnamon roll goodness is a heavenly delight.

What’s a devil dog? It’s a pair of Drake’s Devil’s Food cakes with vanilla creme at the center then wrapped in luscious dark fudge! You can also opt for Créme-Filled Drake’s Devil Dogs without the fudge.

Every box contains 8 of these individually wrapped and marvelous devil’s food cake sandwiches.

So how do you turn a Devil Dog into a Funny Bone? By adding frosted peanut butter créme!

Another rich chocolate-covered piece of sweet devil’s food cake, Drake’s Yodels are moist and filled with vanilla créme! You will definitely yodel with delight in every bite.

Each box contains 10 of these individually wrapped Yodeli-delightful yummies.

“If it’s Drake’s, it’s delicious!” How many variations of moist, yummy devil’s food cake can you make? Drake’s goes all out with this round and cream-filled devil’s food cake with generous layers of chocolaty goodness. Every bite is an indulgence.

Each box has 10 of these irresistible Ring Dings — individually wrapped for freshness.

We can’t get enough of Drake’s mouth-watering devil’s food cakes. That’s why the vanilla créme-filled Yankee Doodle was created to satisfy your sweet cravings.

Each box contains 8 of these divine desserts which are individually wrapped for freshness.

If you’re a fruit fanatic, then Drake’s Fruit Pies are for you! Nothing can be better than real fruit filling wrapped in a perfect pie crust. Our fruit variants include apple and cherry.

Each individually wrapped Fruit Pie contains 2 in each pack. That’s 16 pieces of real fruity goodness in a box of 8 fruit pies!

Go all out and get Drake’s Favorites Variety 4 Pack! 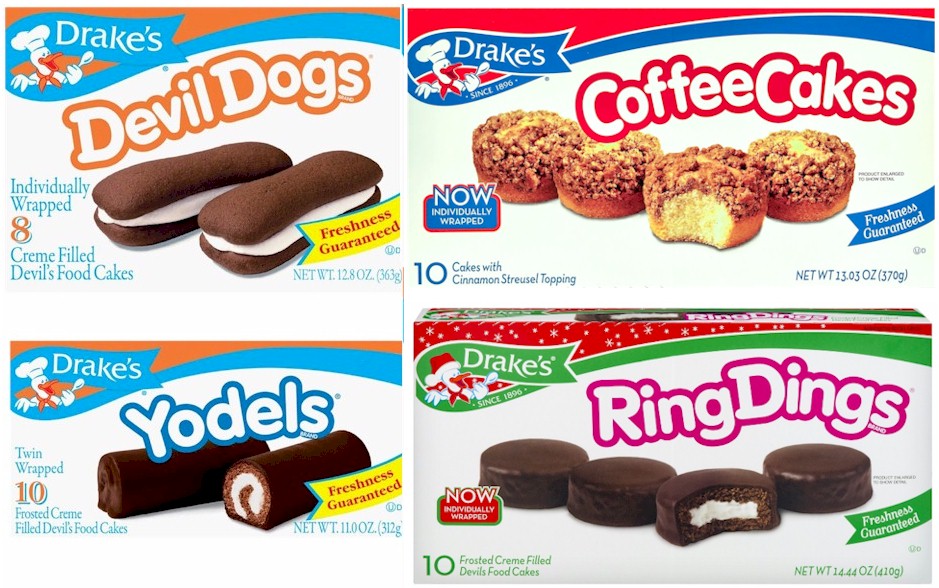 Having a hard time deciding what you want? Then get Drake’s Favorites Variety 4 Pack! Yes, you can have your cake and still save some for later.

Now you’ve got all sweet times of the day covered — whether for breakfast, as a snack or an after-dinner dessert.

Drake’s Cakes is truly an American legacy to be proud of — a sweet heritage that continues to be enjoyed by every American.

Newman E. Drake will be most certainly happy to see all the sweet smiles that Drake’s Cakes are bringing to America. Drake’s Cakes is a living realization of the American Dream.

Because of Newman E. Drake’s hard work and entrepreneurial spirit, we continue to savor the fruits of his labor. While his products may have expanded and evolved through the years, we continue to relish and savor the sweet goodness of his recipes.